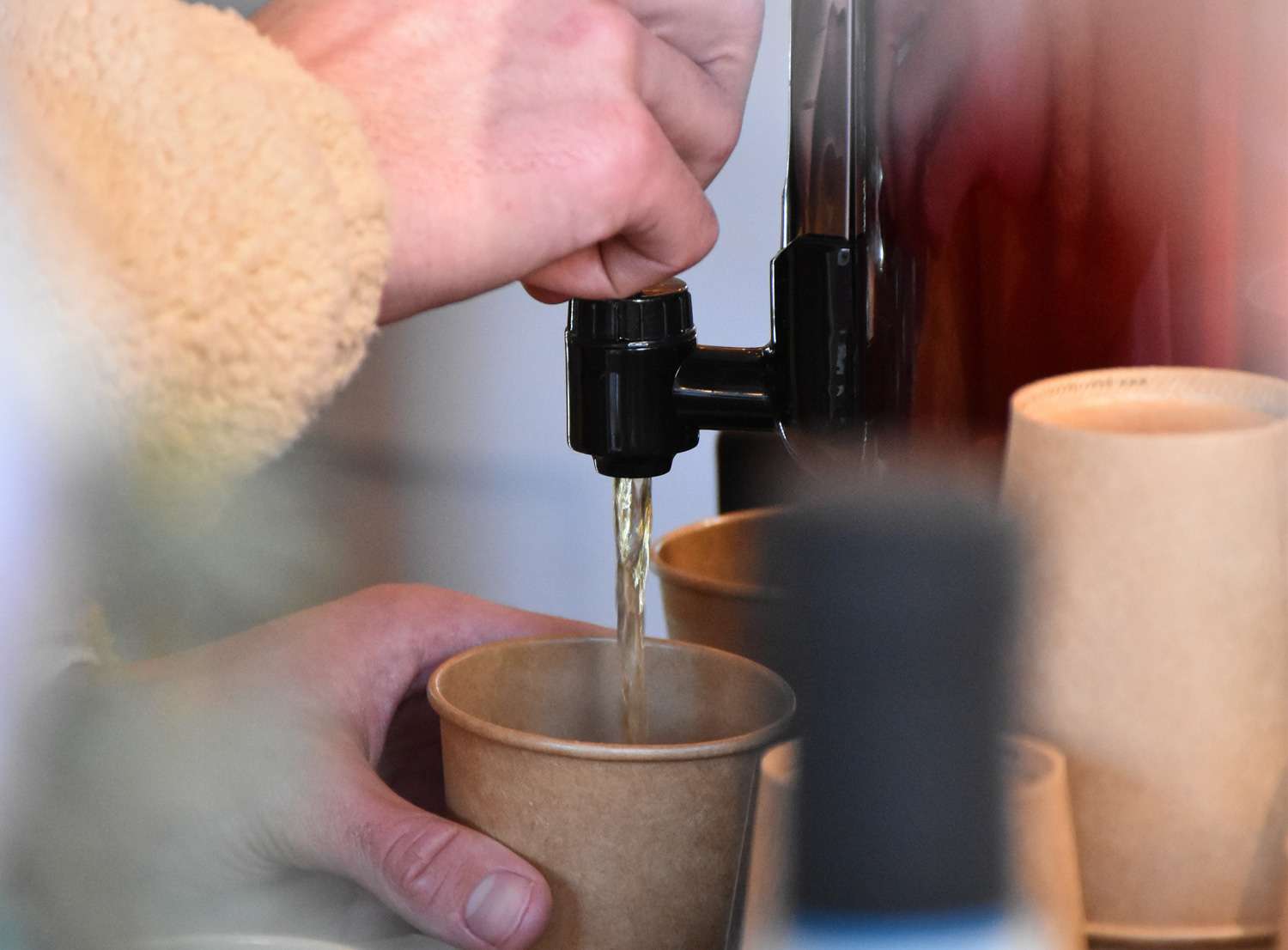 Warm and spicy, Mulled Wine simmers gently in its saucepan and fills every room in the house with its wonderful aroma. A simple, ancient recipe, rooted in medieval convents, capable of restoring the heart but also the body thanks to its properties.

It is said that a recipe for conditum paradoxum already existed in ancient Rome, characterized by red wine, saffron, honey, dates, spikenard leaves, and pepper, heated together to obtain a mixture with digestive properties.

We will have to wait until the Middle Ages for more frequent reports of Vin Brulè, a hot and spicy drink that is found in many nations, especially northern Europe, in recipes that are quite similar to each other.

In convents and monasteries, it is said to have been offered to pilgrims who stopped for a meal, delighting them at the end of the meal with this inebriating and sweet-smelling preparation.

Exotic oriental spices such as cinnamon and star anise, as well as fresh citrus peels such as orange, lemon, and mandarin, were added to the wine, which was not always properly preserved, so much so that its taste had to be ‘corrected’.

The result was a steaming cup that warmed the hands and concluded the meal, leaving a delicious taste and a feeling of wellness and warmth in the mouth. 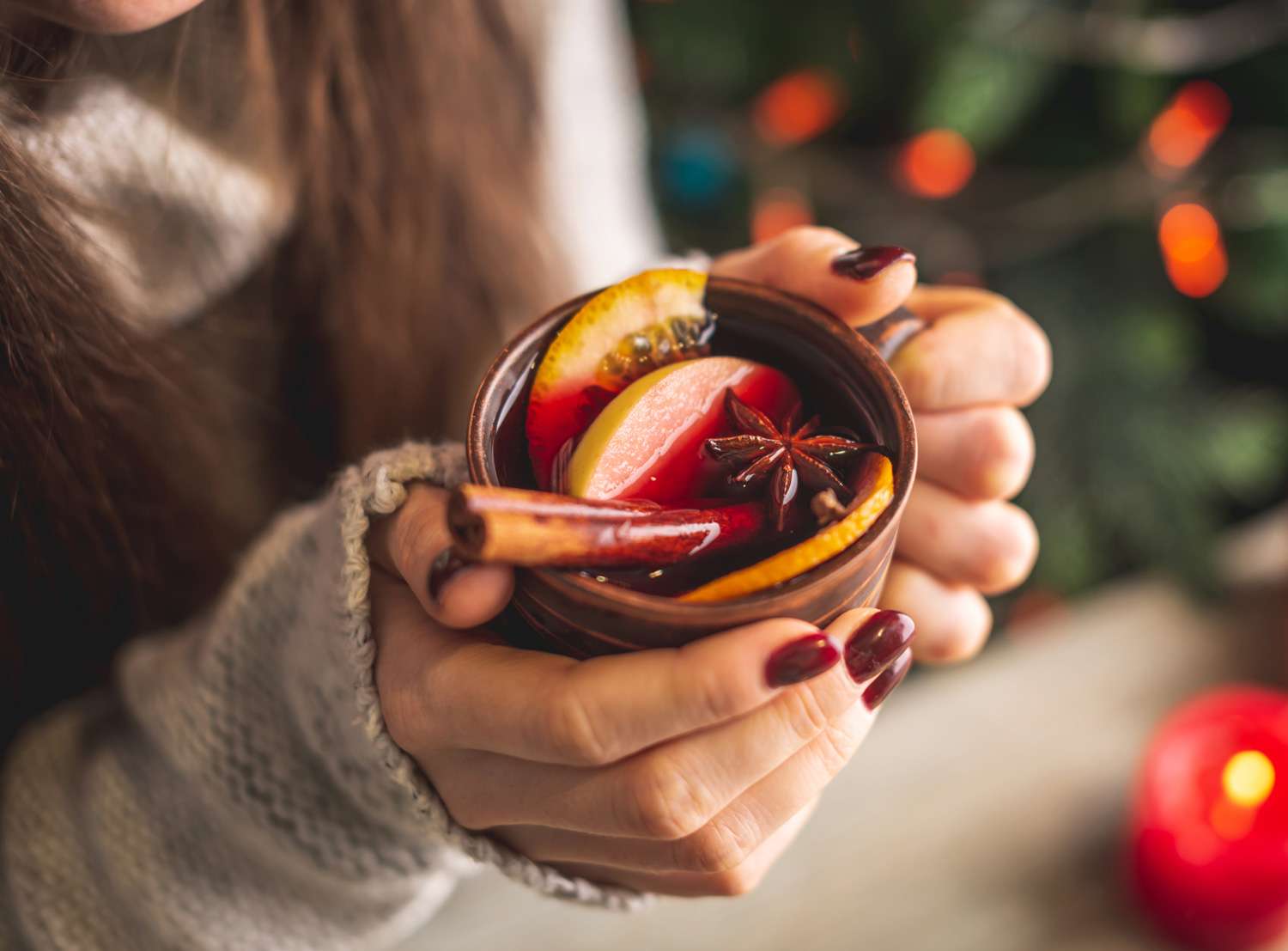 From Europe to Italy

Every country has its own recipe for Mulled Wine, which also takes on different names from place to place.

In the UK it is known as Mulled Wine and is characterized by spices such as cardamom, ginger, and fennel seeds in addition to the classic ones.

In France, on the other hand, it is called Vin Chaud, it has Alsatian origins and adds black pepper berries, freshly picked rosemary, and sometimes a dash of Brandy and slices of fresh apple.

In the Munich area, moreover, Glühwein is still extremely popular today and is characterized by the presence of bay leaves and citrus fruits cut in half, which lends a juicy note to the final result.

In Italy, too, after a good ski run, a winter walk in the mountains, or among the Christmas markets, sipping Vin Brulè is an unmissable tradition.

Here in Italy, especially in the Veneto region, the fragrant peel of fresh citrus fruits and cinnamon, as well as the distinctive woody touch given by juniper berries and occasionally nutmeg, are a must, combined with a full-bodied red wine such as Cabernet.

In other Alpine areas, on the other hand, people sometimes choose to use white wine, such as Moscato d’Asti, to which mandarin segments and chunks of apple are added as well as vanilla pods for a delicate, fruity and smooth result. 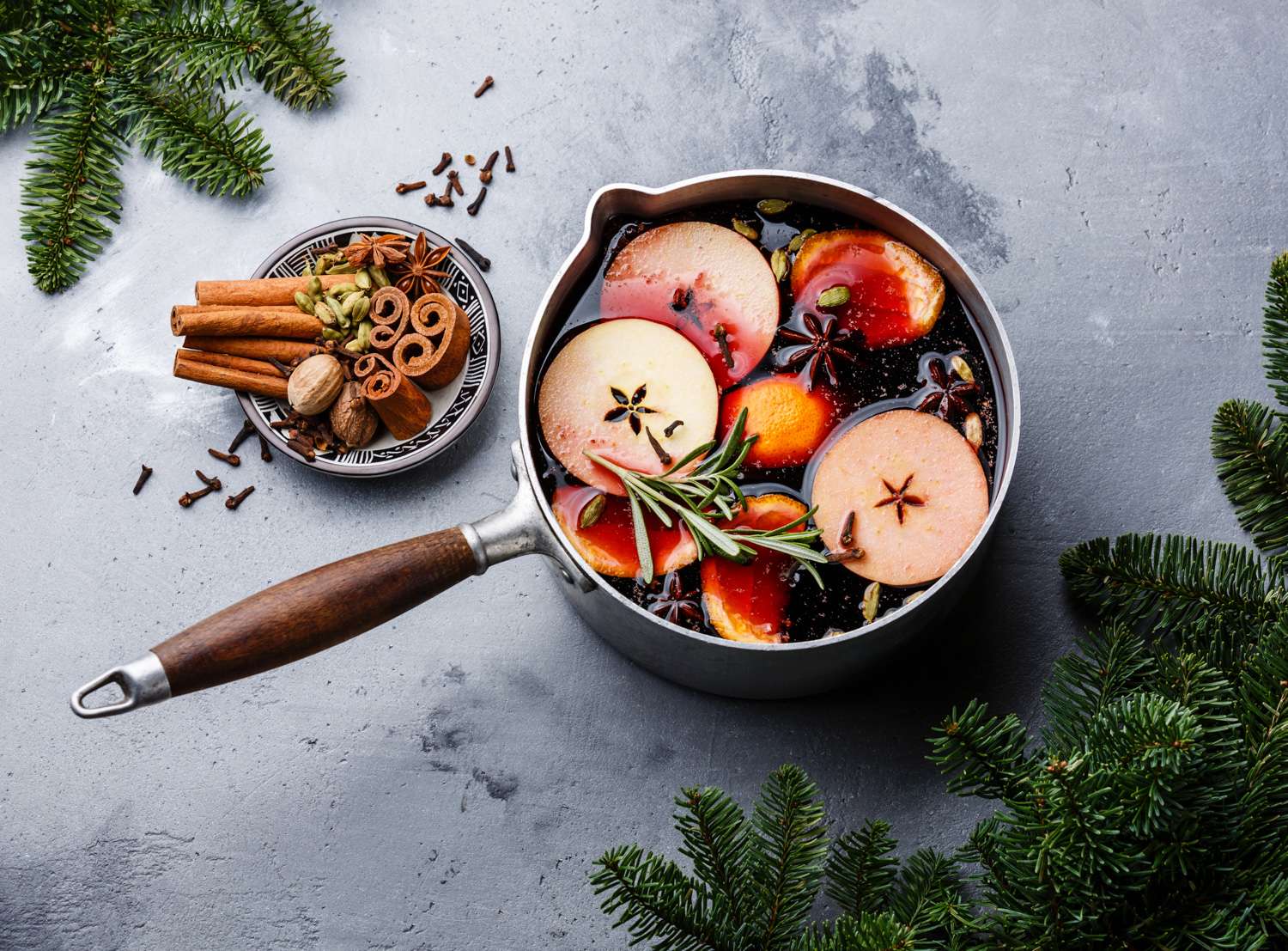 The success of Mulled Wine is not only due to its full and harmonious taste. It also seems to have interesting properties, and it is no coincidence that in grandmothers’ kitchens, the scent of this panacea often pervaded the air during the winter months.

In addition to instilling an immediate sensation of warmth, due to its vasodilating capacity, Mulled Wine is also an excellent decongestant in case of colds and seasonal illnesses.

A teaspoon of delicate acacia honey, substituting it for sugar during preparation, can have an expectorant effect, while the choice of carob honey can be useful as a soother in cases of coughs.

The tannins contained in red wine also seem to have the power to fight the proteins that build up the structure of viruses, helping to fight them more quickly and effectively.

Lastly, everyone knows the distinctly antibacterial properties of cloves and the antiseptic properties of citrus fruits and their peels rich in aromatic essential oils.

Mulled wine, in short, is a treasure chest of well-being. Sipped hot, it can invigorate the body, aid sleep, or even, for some, have an aphrodisiac power.

Last but not least, when drunk in company, it lifts the spirit and can make festive evenings around a fireplace with friends and family magical. 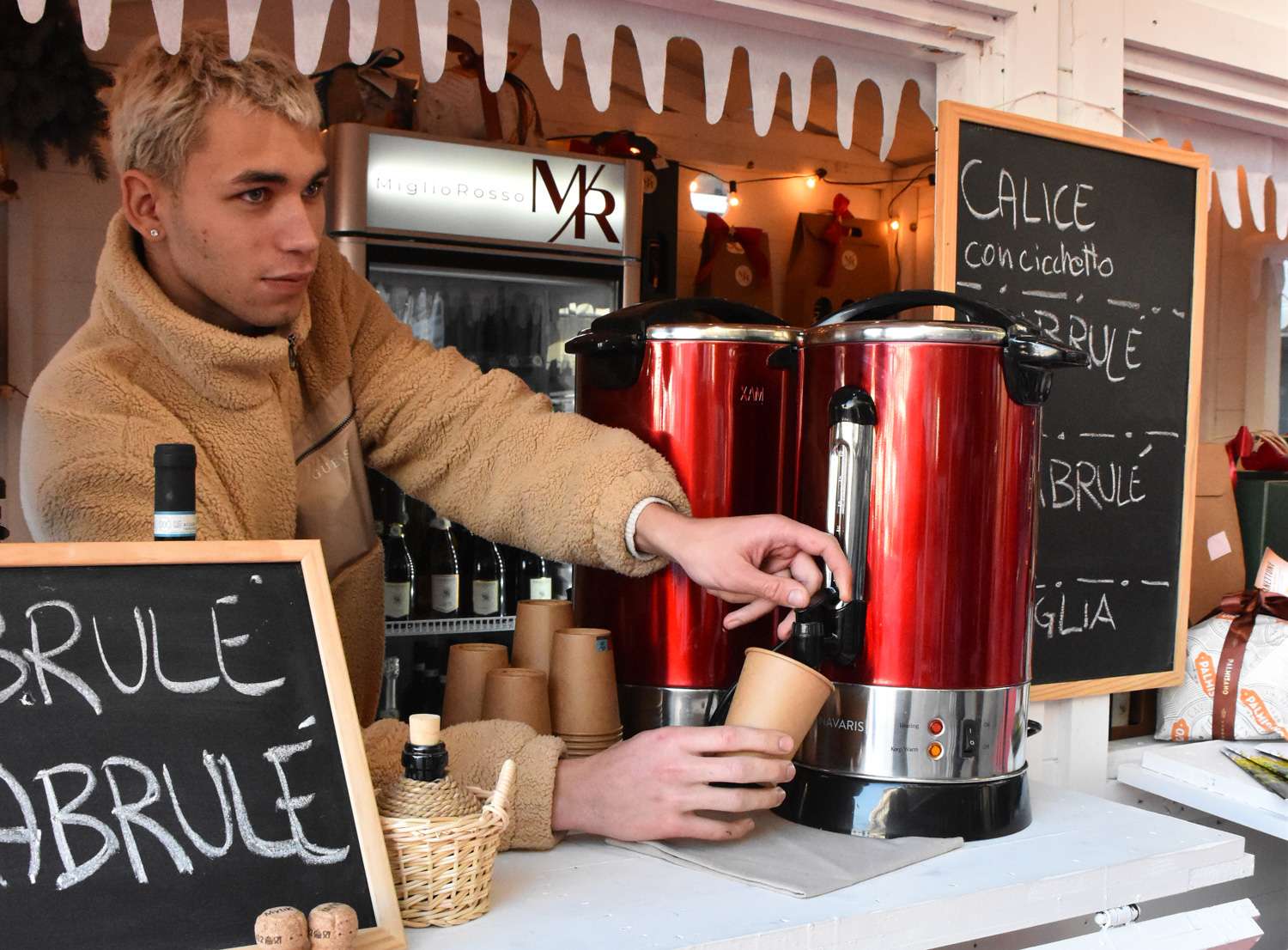 Vin Brulè is certainly a delight for the older ones, but what can be offered to the younger ones? Instead of red wine or in place of cider, which is a good alternative when warmed up, it would always be better to avoid using an alcoholic base for children.

Although prolonged boiling and flambéing considerably reduce the starting alcohol content of the wine, which in Merlot or Cabernet is usually between 11 and 14 degrees, for the children who love this tradition, it is possible to opt for a more appropriate Mulled Apple!

Once it has reached boiling point and 5 minutes have elapsed, which is necessary for the sugar to completely dissolve, you can keep the Mulled Apple warm and pour it into your cup when it is time to drink it.

And if you are not in the mood to make it? You can always drop by the Miglio Rosso House at the Jesolo Lido Christmas Market, via Bafile, where we are always ready to welcome you with hot Vin Brulè and Mela Brulè.

Of course, you will also find our wines and 3 varieties of Prosecco DOC waiting for you, to taste and buy to delight your festive season! 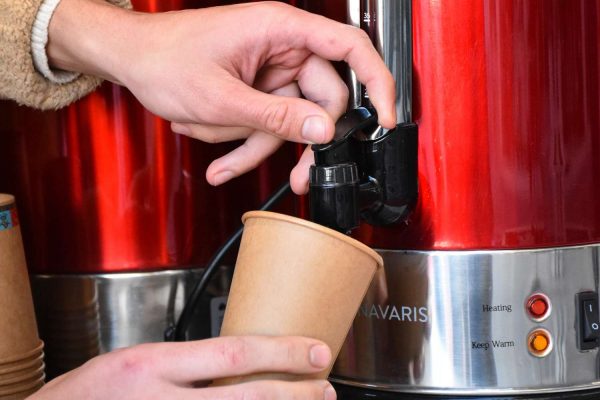 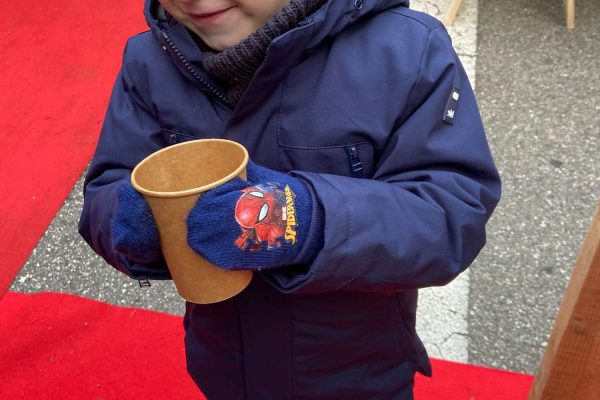 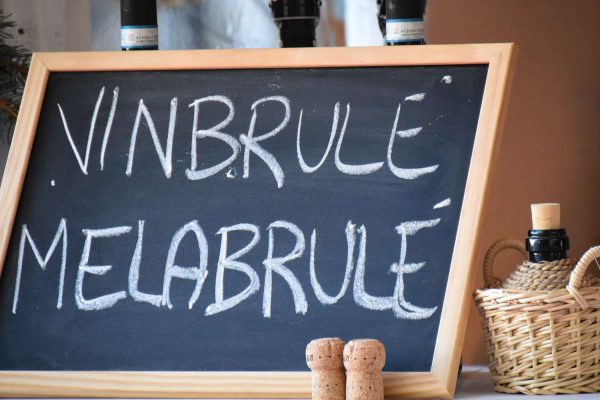