In the heart of Jesolo, as well as in the small towns nearby, Miglio Rosso wines are the crown jewel of the “DOC” of these magnificent territories, thanks to sustainable agriculture conducted with immense passion by Colla family. The cultivation processes are characterized by innovative methods that are safe for the health of the soil, the plant, and the final products.

The SQNPI (Sistema di Qualità Nazionale di Produzione Integrata) certification is a guarantee of full traceability. This is why our wines represent the excellence of the territory, thanks to integrated production with reduced environmental impact, respecting nature, and increasingly attentive and informed final consumers. 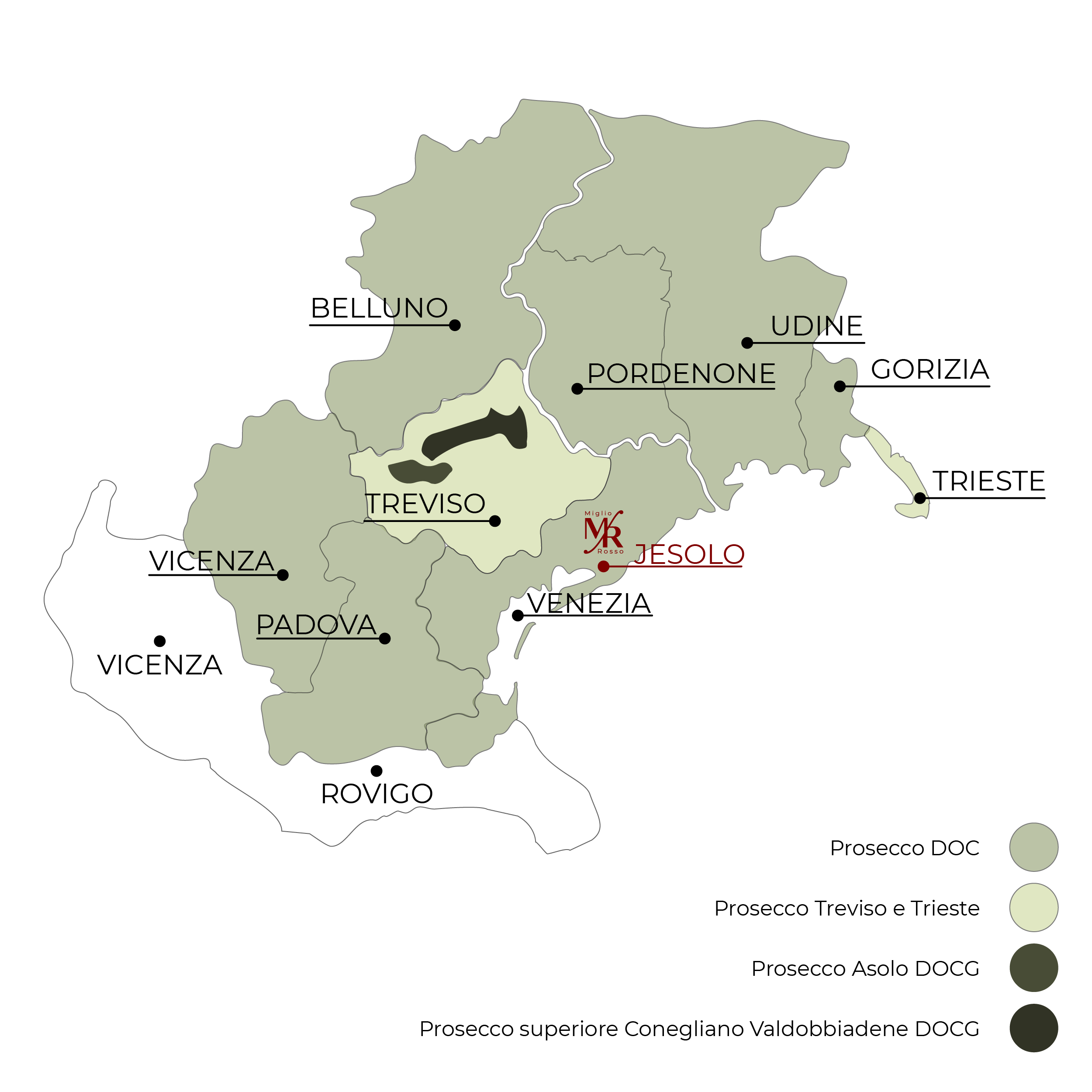 Miglio Rosso wines are produced on a magnificent property of more than 200 hectares, which are home to many different vineyards. Thanks to the peculiarities of the terroir, adjacent to the sea, the mountains, and the lagoon, grapes with unique characteristics are obtained, capable of transmitting distinctive scents, aromas, and fragrances to the wines.

The property consists of a part used as a vineyard and an area of arable land, divided into the towns of San Donà, Eraclea (Ca’ Turcata and “Coda di gatto” vineyards) and Jesolo. Thanks to the DOC territory of Venice (Doc Piave and Doc Prosecco), the denomination has acquired a fundamental role over the years, leading to an increase in the vineyards of Pierangelo Colla’s company.

These soils rich in history, resources, and potential are particularly versatile, able to adapt to the varied needs of the vines, offering excellent examples of:

Phenological Phases are the characteristic points in the annual cycle of the vine and are divided into budding; flowering; setting; veraison; ripening; harvesting, and vinification.

When we speak of phenological phases, we are referring to the typical moments in the annual cycle of the vine. For a correct and complete analysis, it must be remembered that meteorological indicators are often used to predict vine growth phases such as flowering, veraison, and maturity.

It all begins with the fundamental cultivation operation for those who practice viticulture, pruning, from whose wounds the vine releases a liquid, in jargon called weeping.

This liquid flows out from the wounds of the vine until the first buds open up, around the time when temperatures stabilize at over 12 °C. To maximize sunlight exposure, the optimal orientation of the rows is from north to south.

This then leads to the bud growth phase, which is also subject to important influences due to climatic and environmental conditions, particularly temperature.

Although the initial growth phase is slow, it is possible to notice a considerable increase during the flowering period, which then decreases at the beginning of the summer and finally disappears around the last days of July.

At the same time, the cluster inflorescence proceeds with its full development, culminating in the full flowering of the vine.

The grape harvest usually carried out between September and October, is preceded by ripening. During this phase, complex physical and chemical processes take place, whereby the grapes acquire the typical characteristics of the variety.

After the bunches have reached full maturity, the vines can prepare for the rigors of winter.

In mid-autumn, when the leaves fall, the vine enters into vegetative rest, a phase that lasts until the next budding. During the extremely cold seasons, natural ventilation moves through the vineyard, protecting the vines from frost. 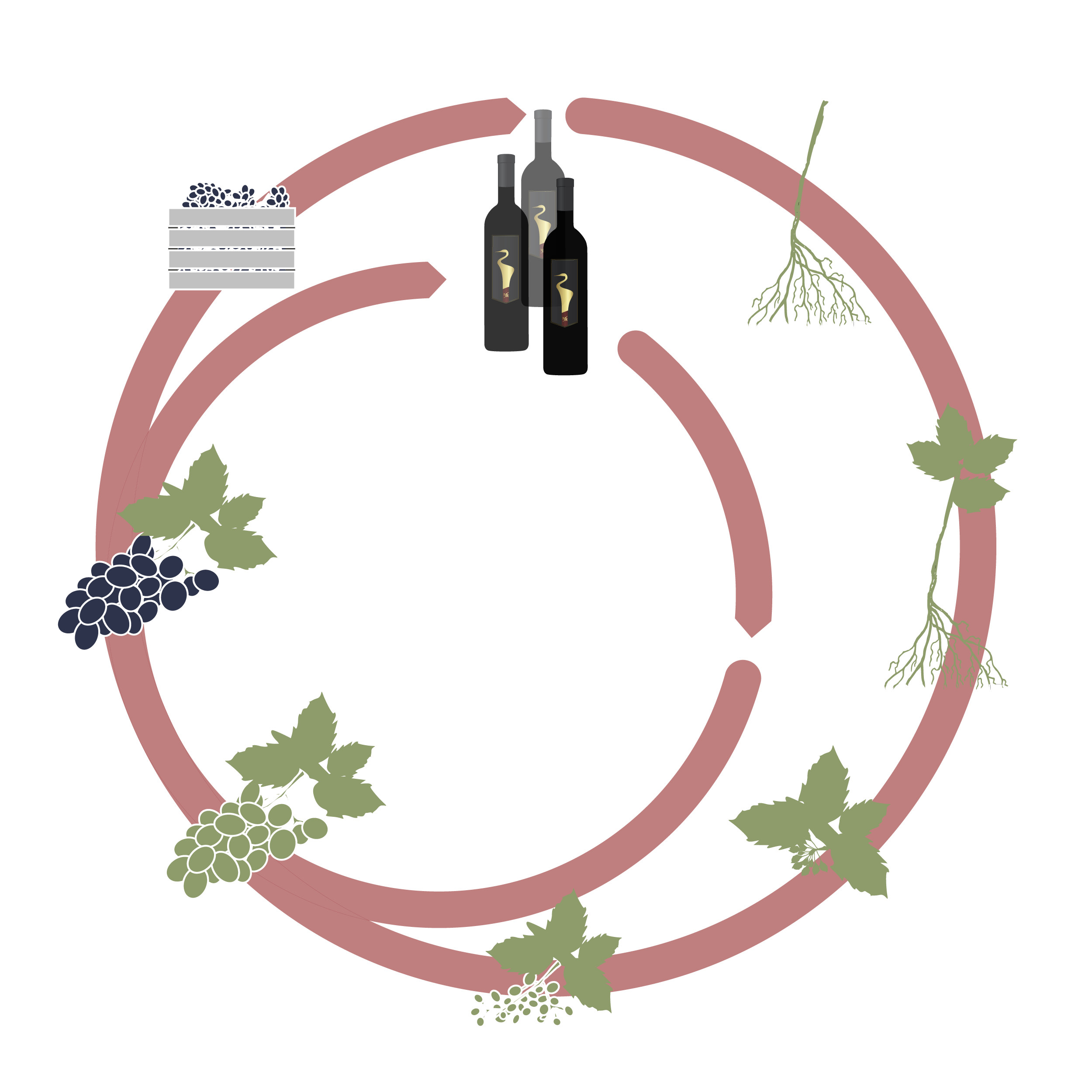 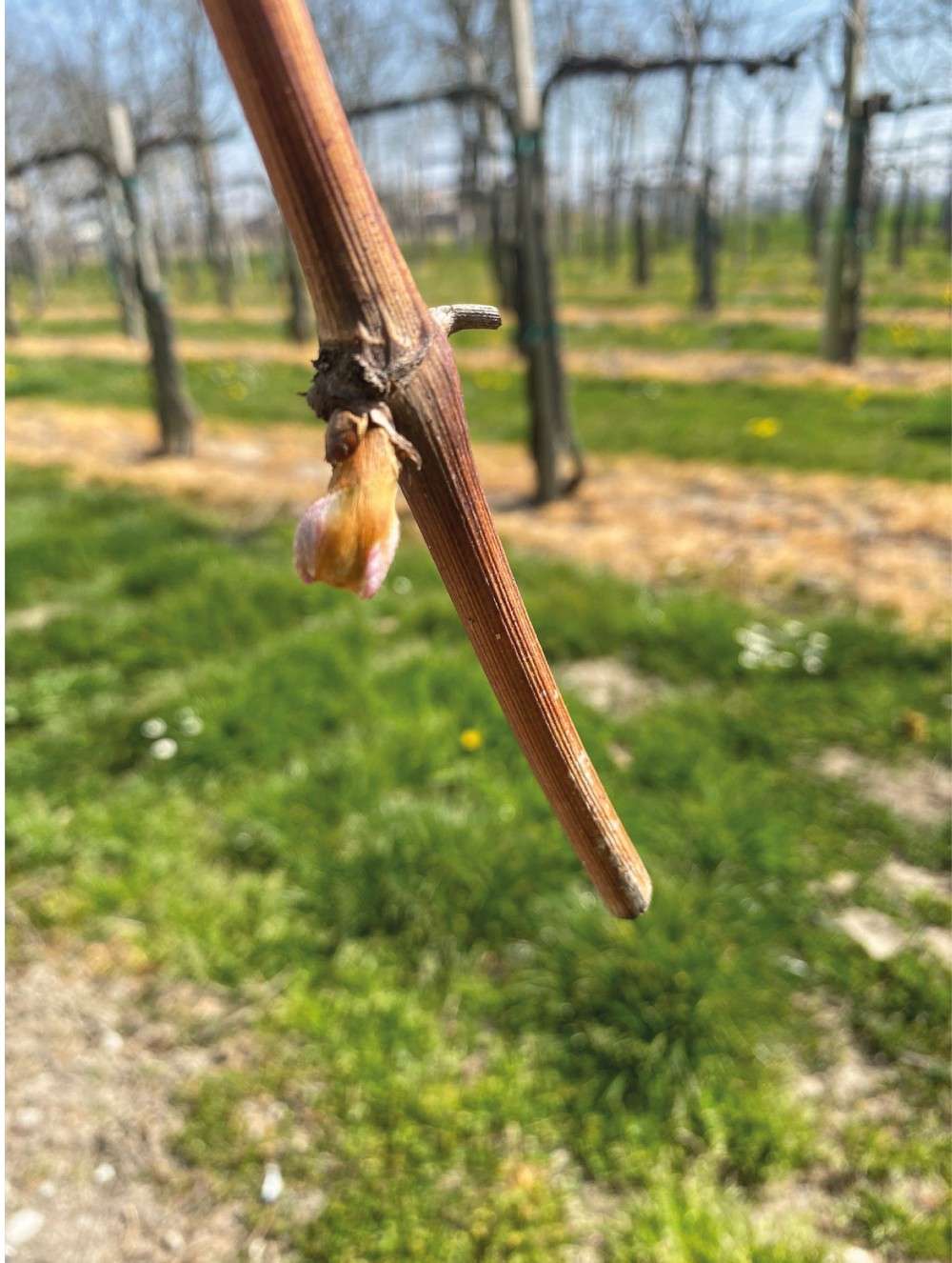 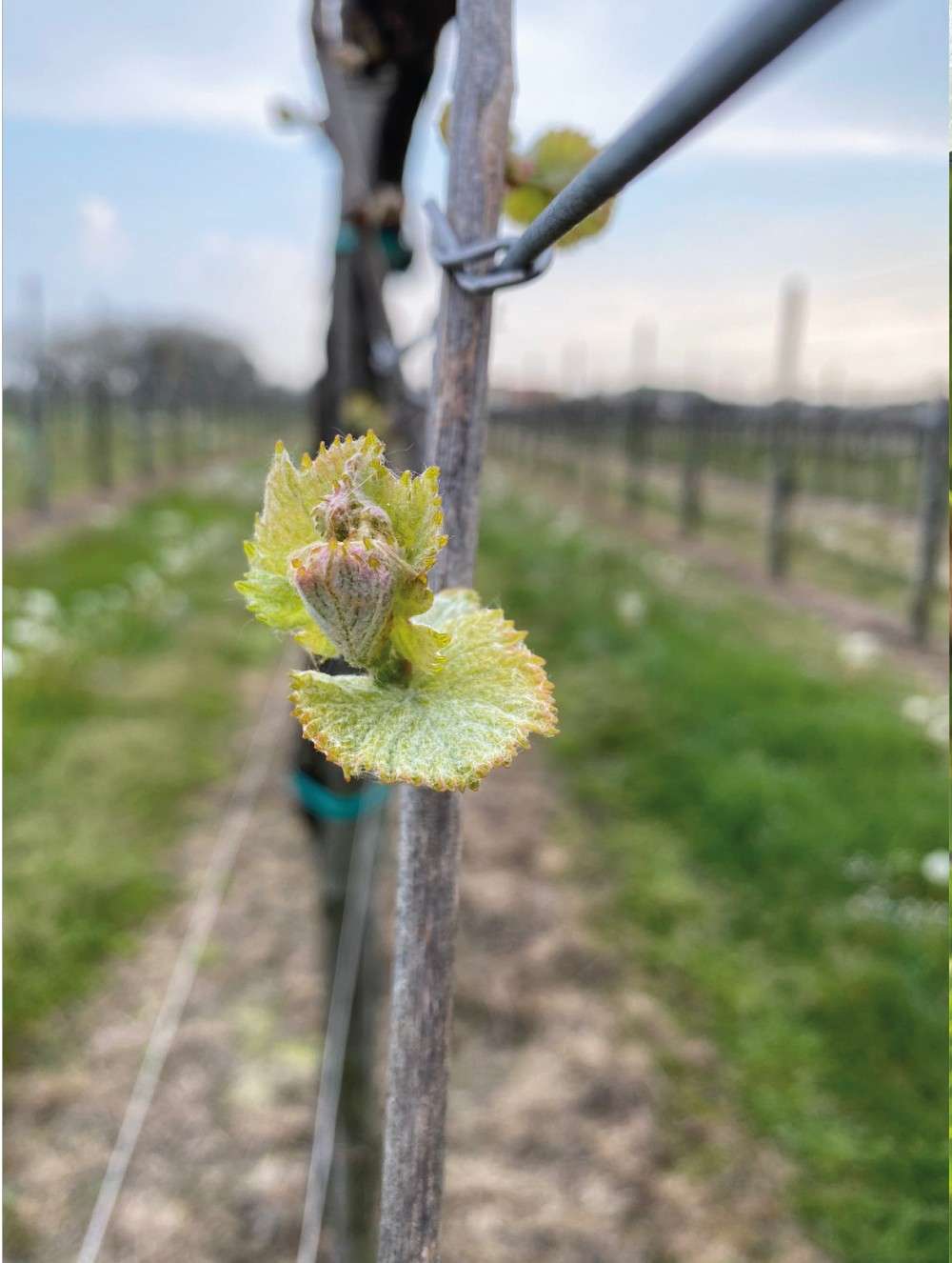 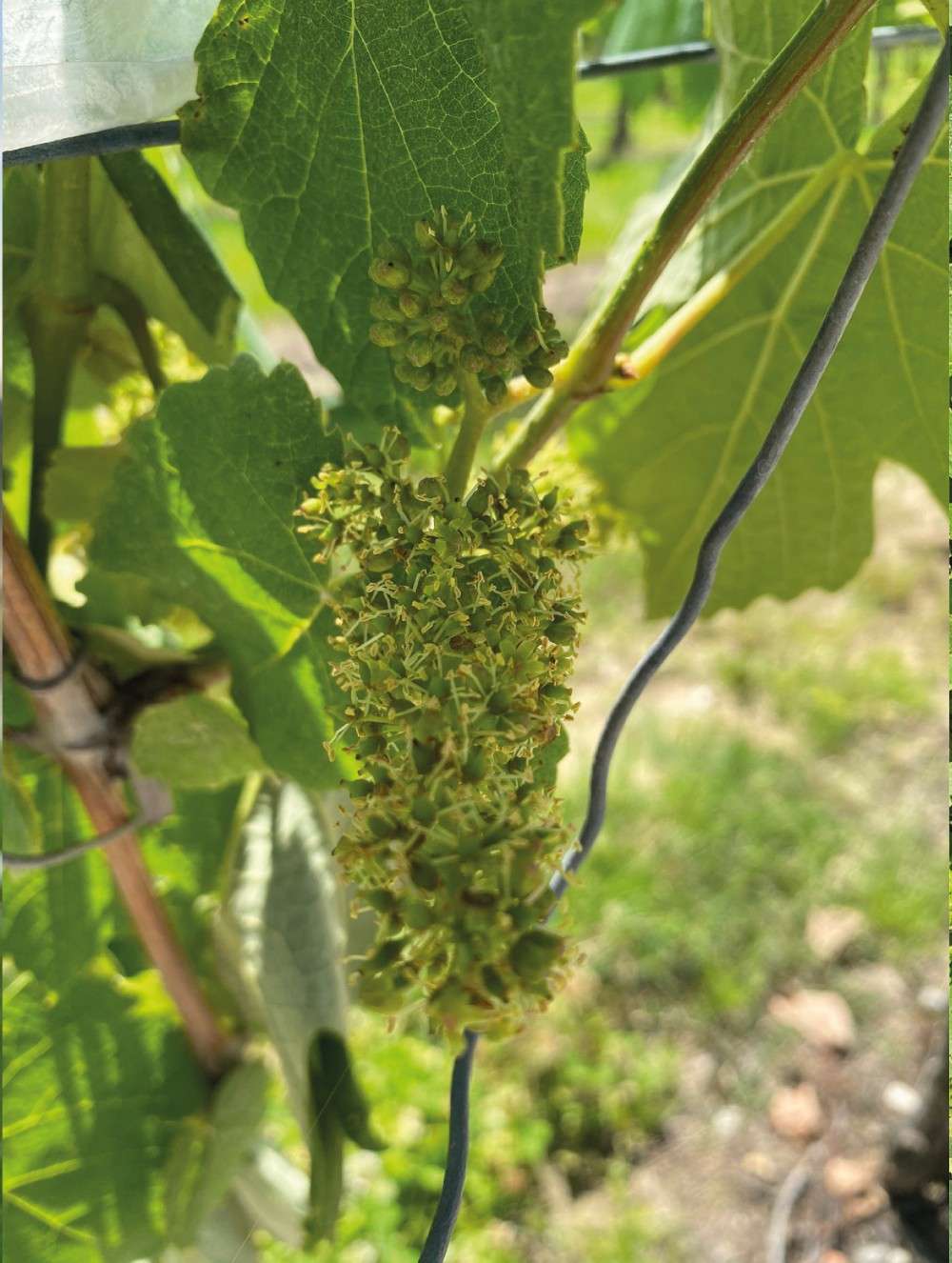 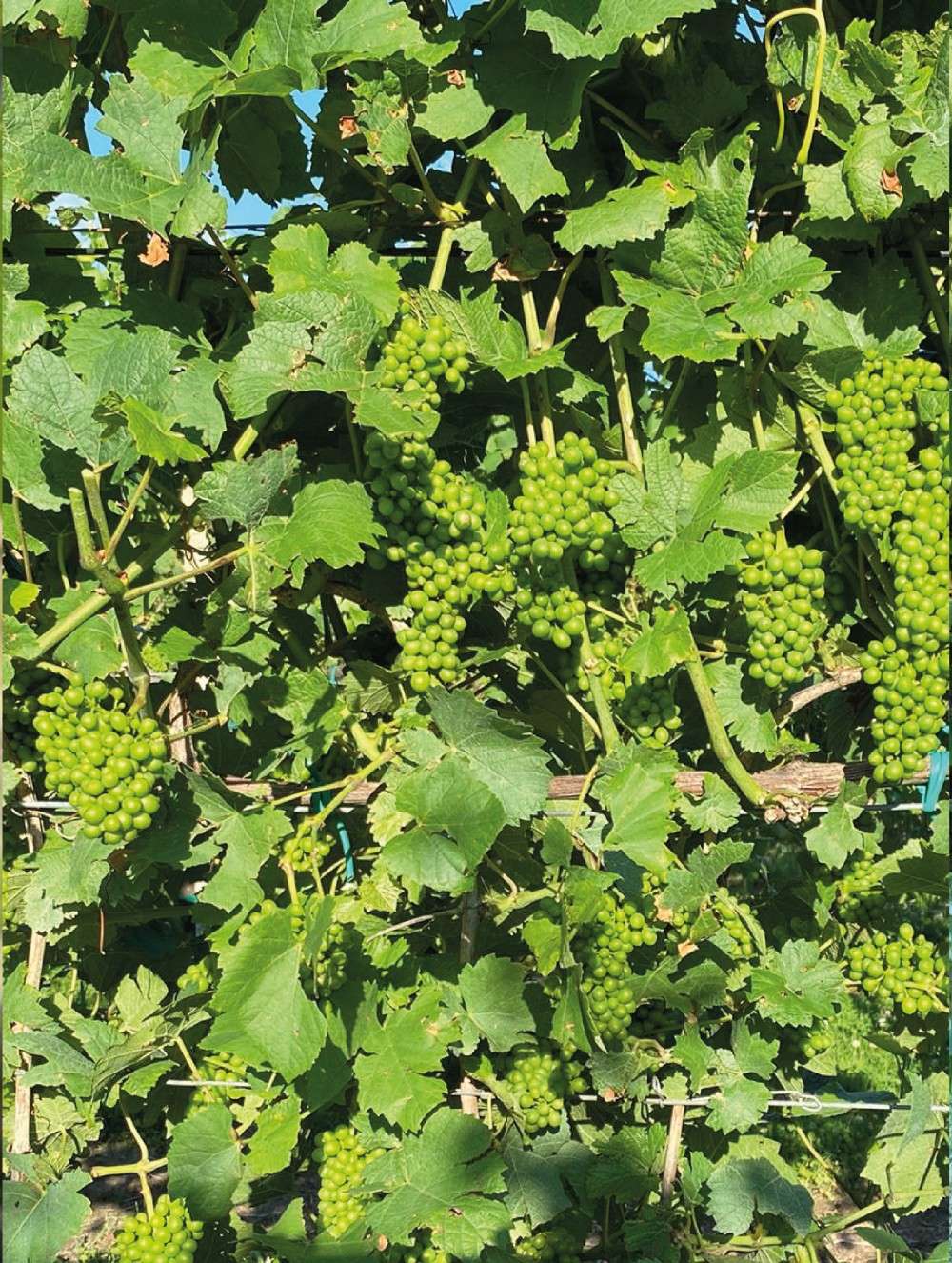 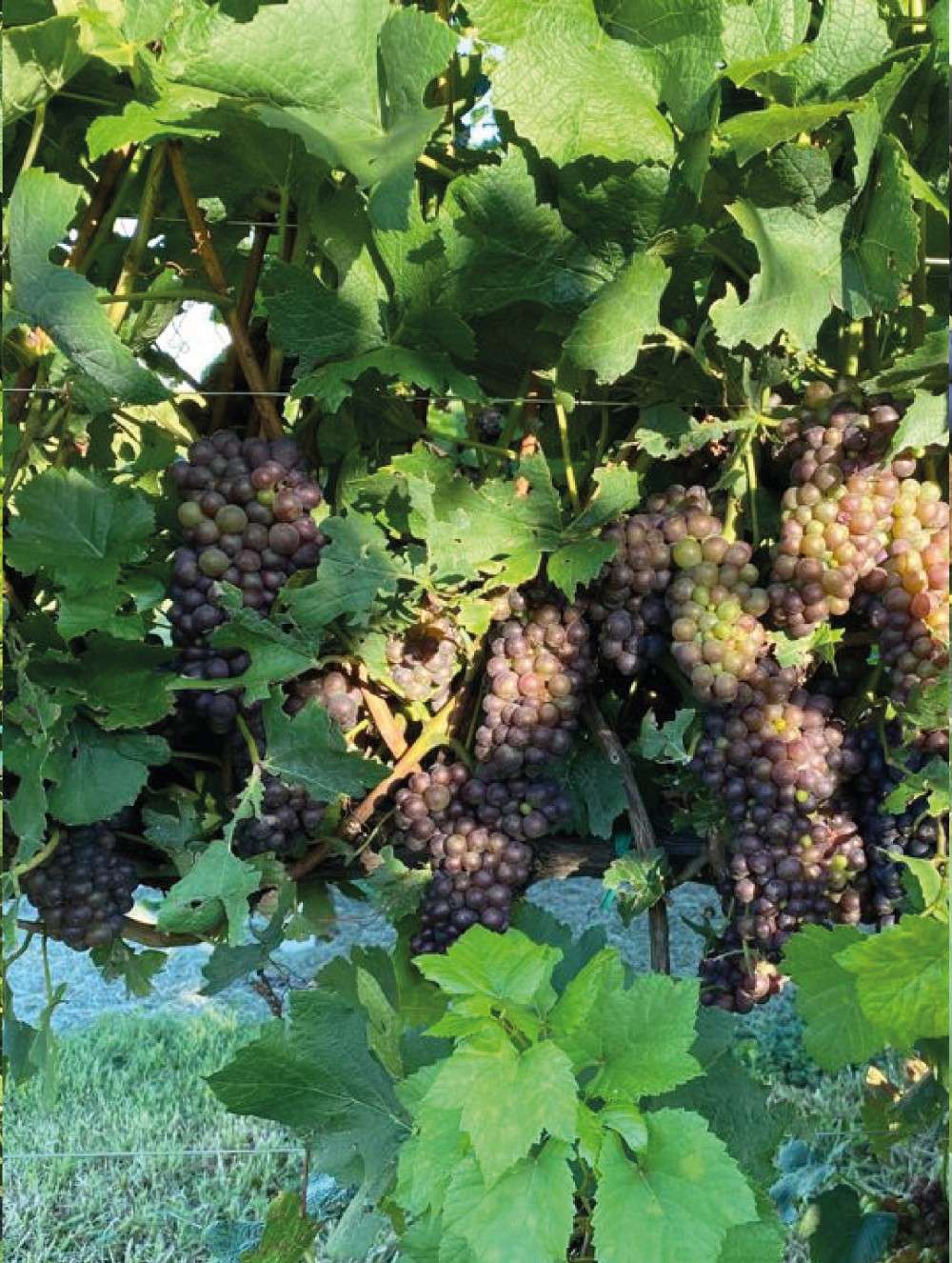 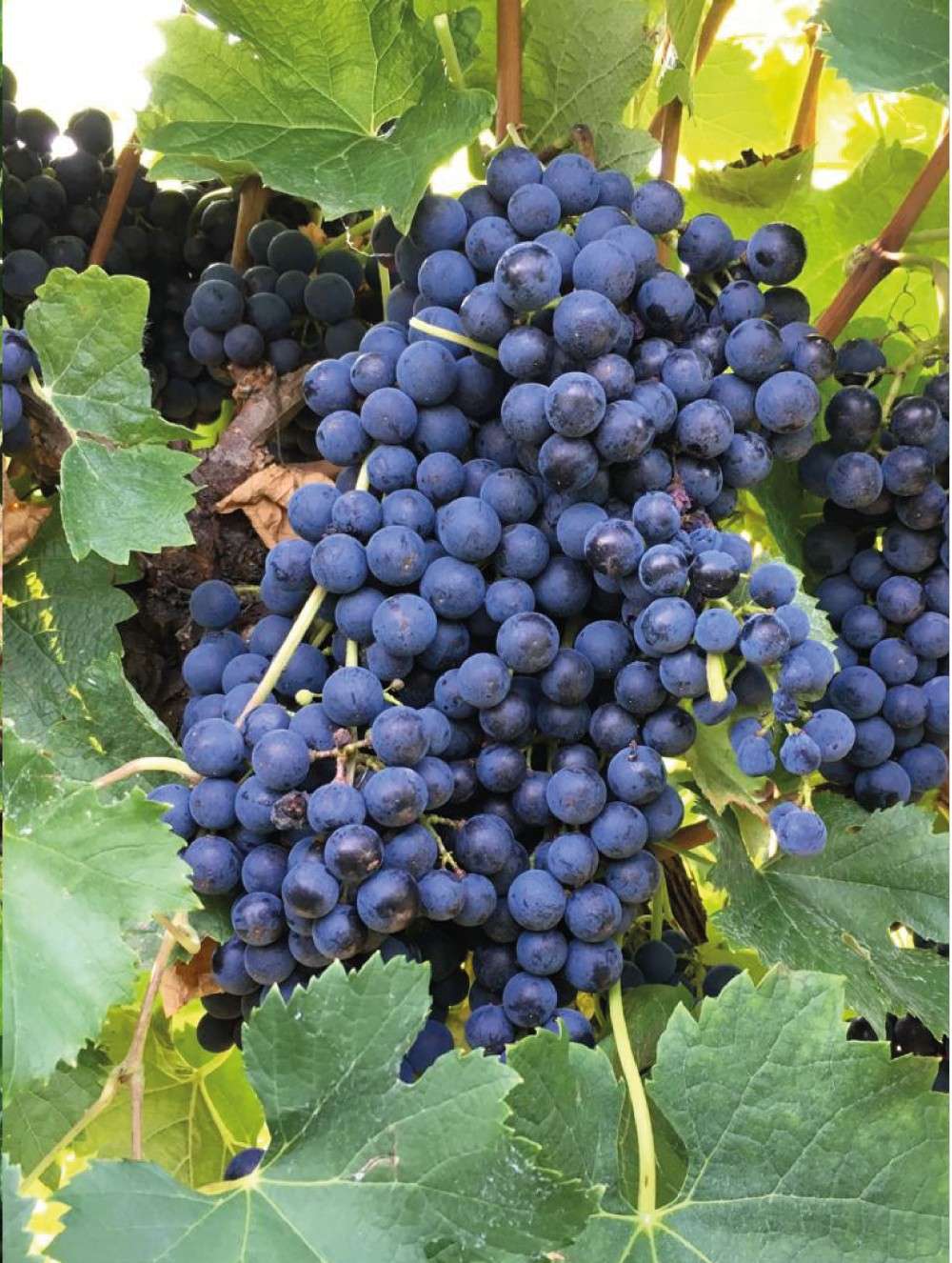